Malaysia has announced its Esports squad for the upcoming Road to Asian Games Regionals 2022 and the Esports Final at the 19th Asian Games in Hangzhou.

Hong Kong, 6 May 2022 – Following detailed discussions with the Chinese Olympic Committee (COC) and the Hangzhou Asian Games Organising Committee (HAGOC), the Olympic Council of Asia (OCA) Executive Board today decided to postpone the 19th Asian Games, which were scheduled to be held in Hangzhou, China, from 10 to 25 September 2022. The AESF is in full support of the decision by OCA and the relevant parties and the new dates of the 19th Asian Games shall be agreed between the OCA, the COC and the HAGOC and announced in the near future.

Most importantly, the Road to Asian Games (RDAG) Regional 2022 Online Tournaments are still on track to be conducted this year and the AESF is committed to using this opportunity to showcase how Esports can cope with such ongoing challenges while ensuring the welfare and safety of the participating teams, athletes, and fans. In addition, the AESF will explore more initiatives for the year of 2023 to enrich the RDAG Regionals program and promote Esports across the continent by introducing offline events in collaboration with governments, publishers, and Esports communities.

We will keep you informed of further details about the RDAG Regionals 2022 in due course as we wholly appreciate your understanding and support to AESF.

The Esports Federation of India (ESFI) has announced a strong 18-member Indian contingent for the 2022 Asian Games in Hangzhou, where Esports will be making its debut as a medal sport. The team was finalized after eight days of competition at the National Esports Championship 2022.

Shikhar Choudhary and Team Temple of Kings qualified by winning their respective titles in Hearthstone and League of Legends. Charanjot Singh and Karman Singh Tikka sealed their spots for FIFA, while Mayank Prajapati and Ayan Biswas qualified for Street Fighter V. In DOTA 2, Team Whoops emerged champions on the final day to secure their Asian Games spot.

Charanjot Singh edged out Karman Tikka with a score of 4-1 and 6-5 in a nail-biting FIFA22 grand final. Charanjot, who made headlines last year after winning the AIFF eFootball Challenge 2021, made his mark in the national qualifiers by entering the finals from the loser bracket before he defeated a strong opponent, Karman, who made it into the finals from the winner bracket.

“I’m really happy and proud of myself for winning the NESC Fifa Qualifiers. It’s a great feeling to represent India in FIFA. Sheer dedication and hard work resulted in getting the spot in the Asian Games 2022 and it allows me a chance to bring laurels to the country, ” Charanjot said after securing his spot in the Asiad.

“It’s a dream come true moment for me. I’m super excited for Asian Games 2022. This is really huge and it will definitely put the Indian FGC’s (fighting game community) name on the global map. This is a lifetime opportunity and I’m going to put every ounce of energy into getting the gold medal for my country,” said an elated Mayank Prajapati.

In HearthStone, Shikhar Choudhary outperformed Karthik Varma Vegesna 3-1 and 3-2 in a best-of-three final clash. Choudhary showcased impressive skill and gameplay throughout the competition, including causing the biggest upset of the tournament – when he upstaged India’s only Asian Games Esports medalist, Tirth Mehta, in the semi-finals. Tirth had won the bronze medal at the 2018 Asian Games, where Esports was played as a demonstration event.

“Asian Games 2022 is going to be a huge test of my ability as all of my competitors are masters of their trade. Tirth got us the first medal in this title in the 2018 Asiad. I am going to put every ounce of energy this time into getting the gold medal for my country and continuing the medal run,” says Choudhary.

League of Legends witnessed the participation of four top pro Indian teams, with Temple of Kings – comprised of Akshaj Shenoy (Captain), Samarth Arvind Trivedi, Mihir Ranjan, Aditya Selvaraj, Aakash Shandilya and Sanindhya Malik – living up to expectations and remaining unbeaten before clinching the title with a 3-0 win over Team Coco Cats in the best-of-five grand finals.

“We are really happy that we made it out of really competitive national qualifiers for the tournament. Representing one’s country is not what everyone gets to do quite often, It’s a once in a lifetime opportunity,” says Team India League of Legends captain Akshaj.

On the final day of the championships, Team Whoops emerged victorious in DOTA2 and made the cut into the Indian contingent for the Asiad. A team, comprising veteran athletes like Moin Ejaz (Captain), Krish, Abhishek, Ketan, Darshan and Shubham, notched an impressive 3-0 win against Team Avengers in the best-of-five final.

“I have been playing DOTA since my childhood days and now it’s a great honour for me to lead the Indian team in its maiden appearance at the Asian Games in this game. I would like to thank the Indian federation [ESFI], who has been very supportive and professional. We will give our best to bring glory for the country in the Asiad” said elated Moin, skipper of Team Whoops.

The squad will now participate in the Road to Asian Games – Regional Qualifiers, which will determine the seeding at the Esports Final in Hangzhou, China.

The second-placed athletes of FIFA, Street Fighter V and Hearthstone in the national championships have also been included in the Indian contingent.

Uzbekistan has officially announced the Uzbekistan Championship 2022 to select their national representatives to the 2022 Road to Asian Games (RDAG) Regionals as well as the upcoming 2022 Asian Games in Hangzhou.

2022 will go down in history as an important year for Esports with its inclusion as a medal event in 2022 Asian Games. 8 Game Titles will be contested including: FIFA, Street Fighter V, Arena of Valor, League of Legends, Dream of Three Kingdoms 2, DOTA 2, HearthStone, and PUBG Mobile.

Responsible for the selection of the 35-strong contingent who will be representing Hong Kong for the regional qualifications for Hangzhou Asian Games, the Esports Association Hong Kong will select the representatives from players and teams who win in the Hong Kong Esports Premier League Season 2.

This September, the Hangzhou Asian Games will include esports as an official medal event for the first time. Jointly organized by the Olympic Council of Asia (OCA) and the Asian Electronic Sports Federation (AESF), the official seeding portion for the games, called The Road to Asian Games (RDAG) Regionals, will also take place in 2022.

Teams from 5 major regions in Asia will compete for the right to win medals at the Hangzhou Asian Games for the following game titles:

At the launch ceremony, representatives from the Olympic Council of Asia, Sports Federation and Olympic Committee of Hong Kong, China and Officials from Hong Kong, China, Government Agencies were also present to congratulate and support the RDAG Hong Kong program for their Esports Journey to Hangzhou, China PR.

Mr. Haider Farman, Director for Sports for the Asian Games at the Olympic Council of Asia, welcomed the attendees, “There is so much potential for esports in this region and I assure you, that the OCA has the Asian esports community’s best interest when it comes to collaborations and support.”

In preparation for the big event, the necessary steps are underway, and alongside our counterparts at the AESF, and as Director of the Olympic Council of Asia, Asian Games Department, allow me to welcome everyone to The Road to Asian Games 2022.

“Together with the AESF, we will be working closely with local federations to organize qualifying rounds, national team selections as well as the final draws and seedings for teams who make it to the final rounds.”

Mr. Timothy Fok, President of the Sports Federation and Olympic Committee of Hong Kong, China, said “On December 16, 2020, the Olympic Council of Asia announced that esports will become an official medal sport of the 19th Asian Games in Hangzhou, which was highly well received by everyone considering esports is a very strong competition. The competition focuses on thinking ability, reaction time and team spirit. In this regard, I believe Hong Kong has the advantage, and we definitely aim for good results at the Hangzhou Asian Games.”

Having successfully joined the Sports Federation and Olympic Committee of Hong Kong, China last year, the Esports Association Hong Kong  will announce the final Hong Kong esports team list on their website in May.

Mr Kenneth Fok, President of AESF, said “After years of hard work promoting the industry, esports has gradually grown and been receiving the recognition it deserves. Its inclusion in this year’s Hangzhou Asian Games is very encouraging and has also cemented a new milestone for esports. We will also work together with all partners to let all audiences experience the charm of esports at the Asian Games. At the same time, we aim to promote esports development in Asia to a higher level.”

The conference was also attended by AESF Director General, Mr Sebastian Lau. Mr Lau was enthusiastic about Hong Kong’s commitment to the RDAG program, stating “I would like to extend my sincere thanks to the Hong Kong Olympic Committee for their continued strong support to the development of esports in Hong Kong.”

“AESF has been working with the Esports Association Hong Kong since 2018, when the Road to Jakarta Asian Games was launched in Hong Kong, China and the first esports qualifier event for Asian Games was held successfully. At the time, Hong Kong, China had welcomed esports athletes from across Asia and it was a memorable occasion for the fans and the global esports community. I am optimistic at our ability to select the best esports athletes to represent Hong Kong, China and bring the first official esports medals back and make the Hong Kong people proud.”

Mr Steve Kim, Chief Operating Officer of AESF, shared a brief introduction to the RDAG Regionals, including competition details as well as event and support plans for athletes, fans and esports enthusiasts from all around the region.

In addition to the official confirmation of the participation of Hong Kong to the RDAG launching program, Japan, Malaysia, and several other countries have committed to take part in the initiative.

Mr Eddy Chen, President of the Esports Association Hong Kong, said “The Esports Association Hong Kong is very honored to be responsible for selecting esports players representing Hong Kong, China to participate at the Hangzhou Asian Games. We have been actively promoting the development of Hong Kong’s esports industry for many years. We will continue to provide competition opportunities, improve the level of esports in Hong Kong, drive the development of the industry, strive for opportunities to participate in international competitions, and help players go international!”

Mr Jack Chan said, “The SAR Government has always put great importance on the development of emerging sports, allocating $100 million in the 2018 Budget to promote the development of the esports industry through Cyberport, including the establishment of professional esports venues to hold regular competitions and events, as well as supporting esports industry start-ups and talent cultivation. In addition, the government further provided business facilitation measures in 2019 to exempt eligible esports venues from applying for game console licenses. The Home Affairs Bureau sincerely wishes the “Hong Kong Esports Premier League” success, and I hope the selected Hong Kong representatives will go all out to strive for good results.”

Mr David Chung said, “We are delighted that the 19th Asian Games will be held in Hangzhou in 2022, and esports will be included as an official event for the first time. I hope that Hong Kong athletes can make persistent efforts and strive for good results. I also wish the 2nd season of the “Hong Kong Esports Premier League” much success. 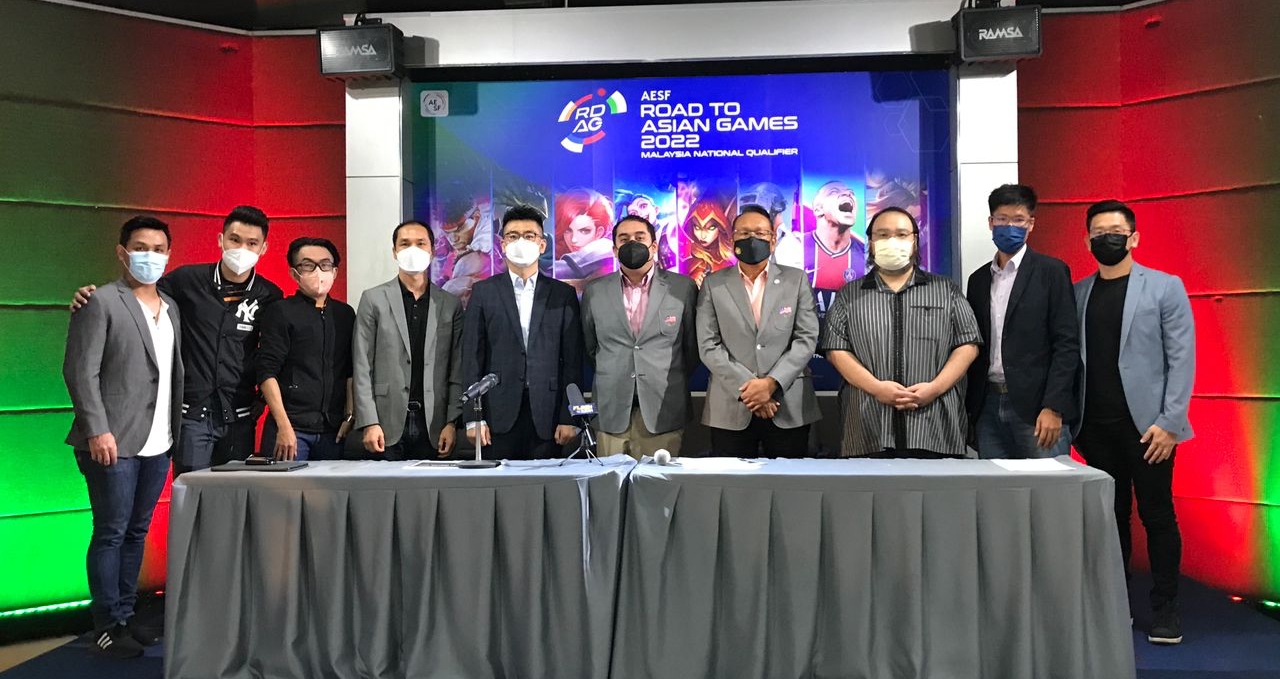 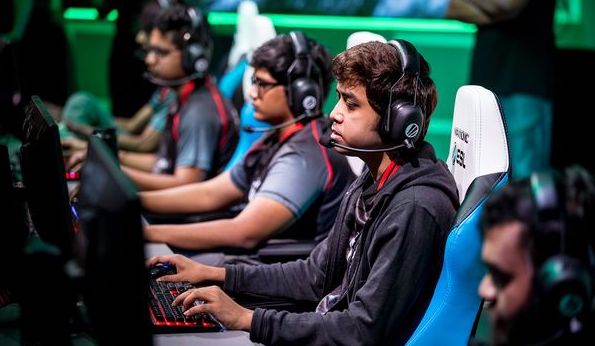 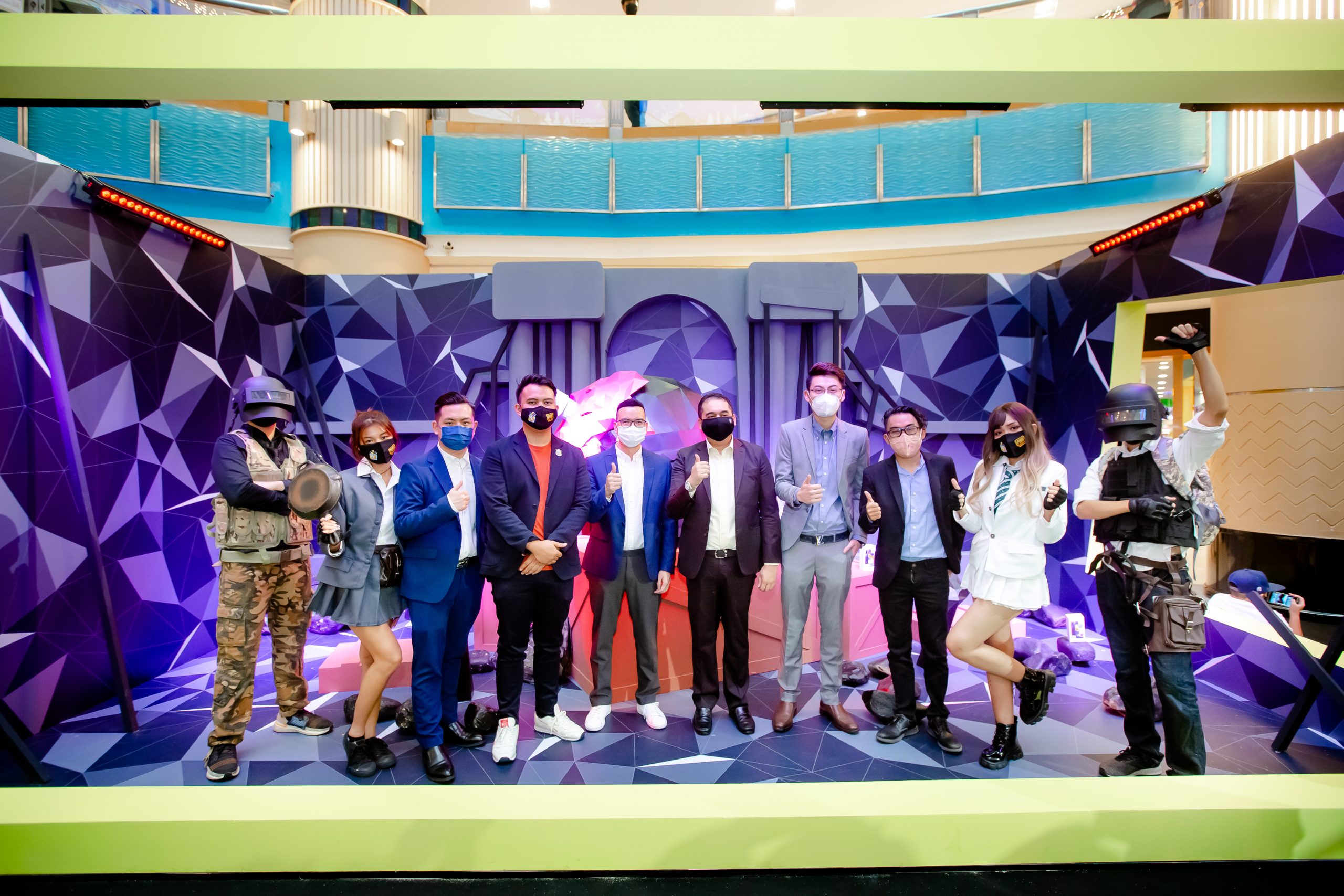 OCM Gears Up For National Selection In May 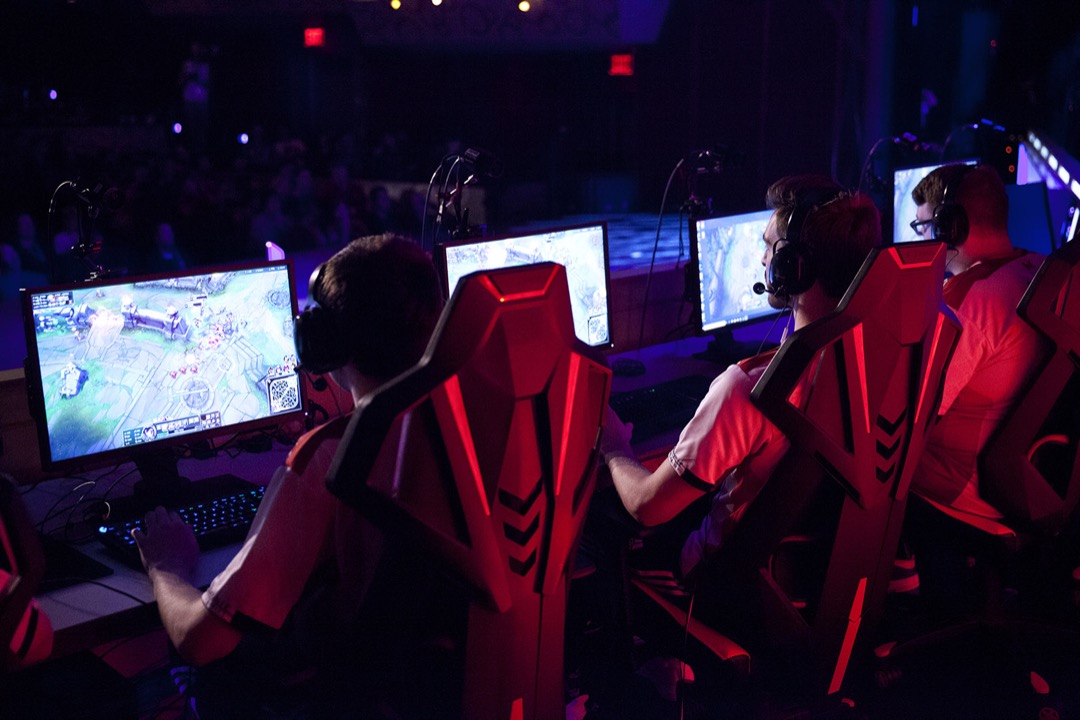 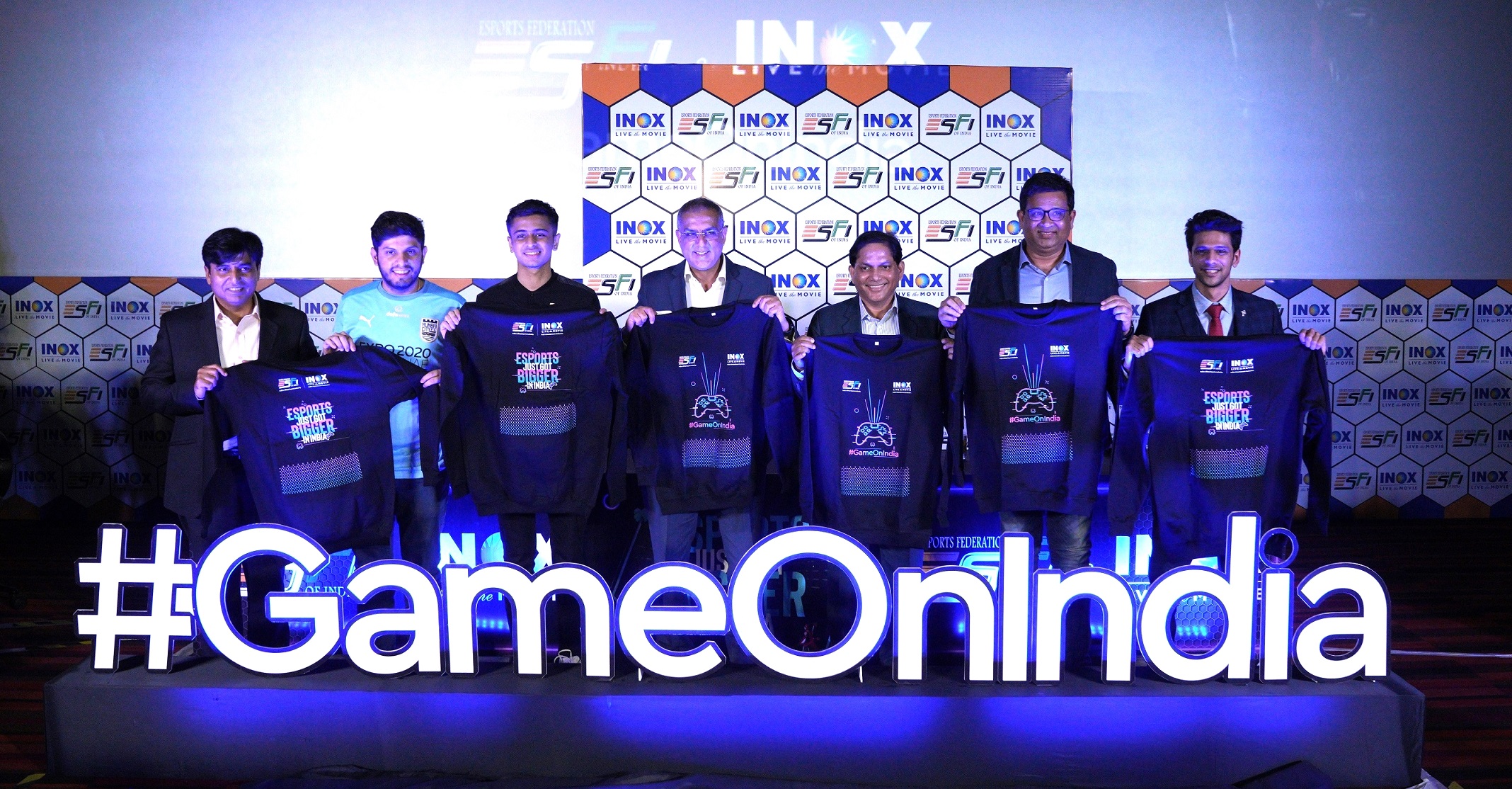 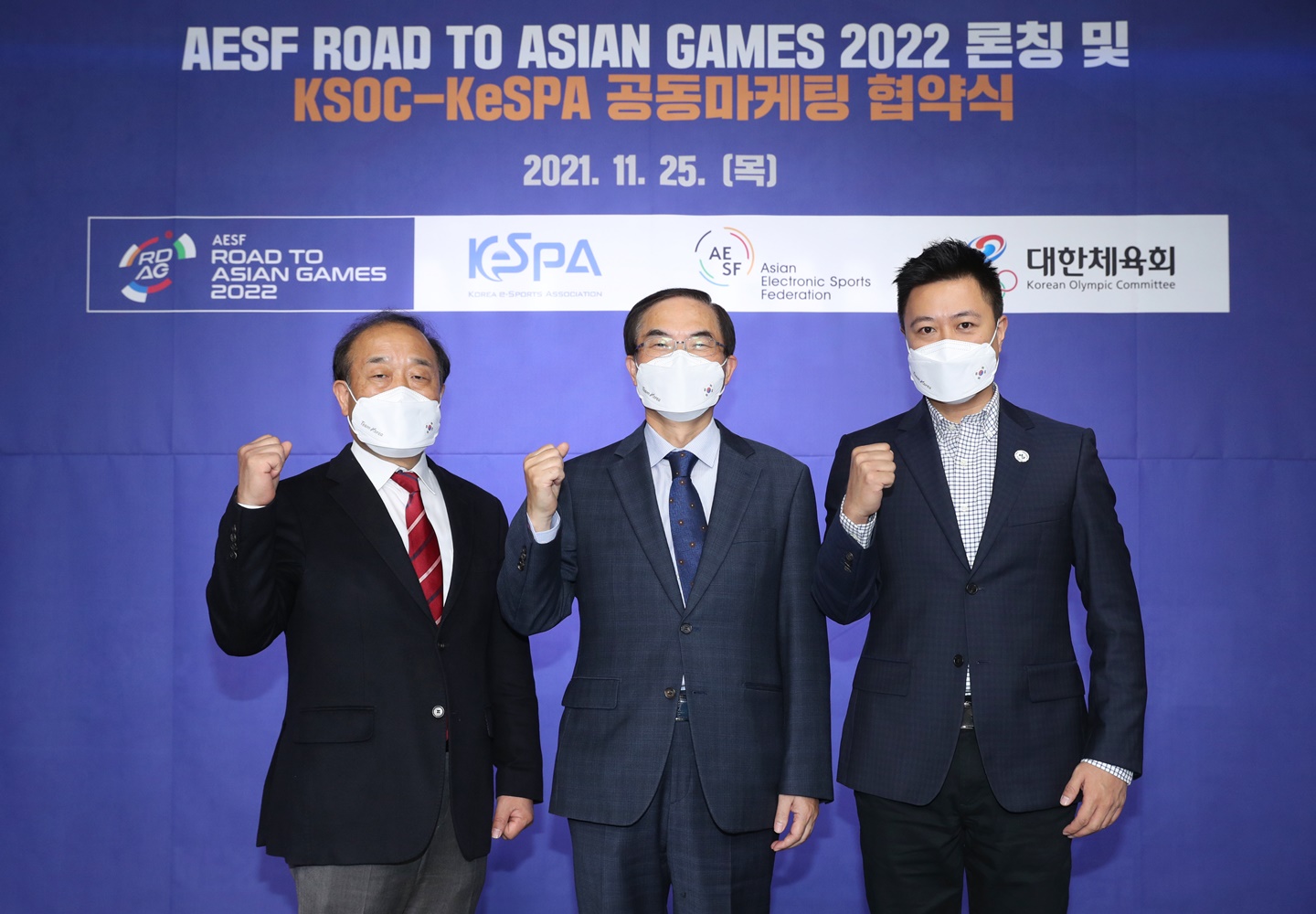 All Countries, Republic of Korea